Perth Scorchers women have won the first semi-final in the Women’s Big Bash after beating Sydney Thunder by 27 runs.

The Scorchers started well with Nicole Bolton and Scorchers captain Elyse Villani getting them off to a fine start, putting on a stand of 65 runs for the first wicket.

They were then both dismissed in quick succession- Bolton for 37 and Vilani for 38. Nevertheless, a good platform for the team.

It was then up to Natalie Sciver and Heather Graham to finish off the innings, which they did brilliantly as they finished unbeaten on 38 and 27 respectively to help their side finish on 148-2 from their 20 overs. A tough target. 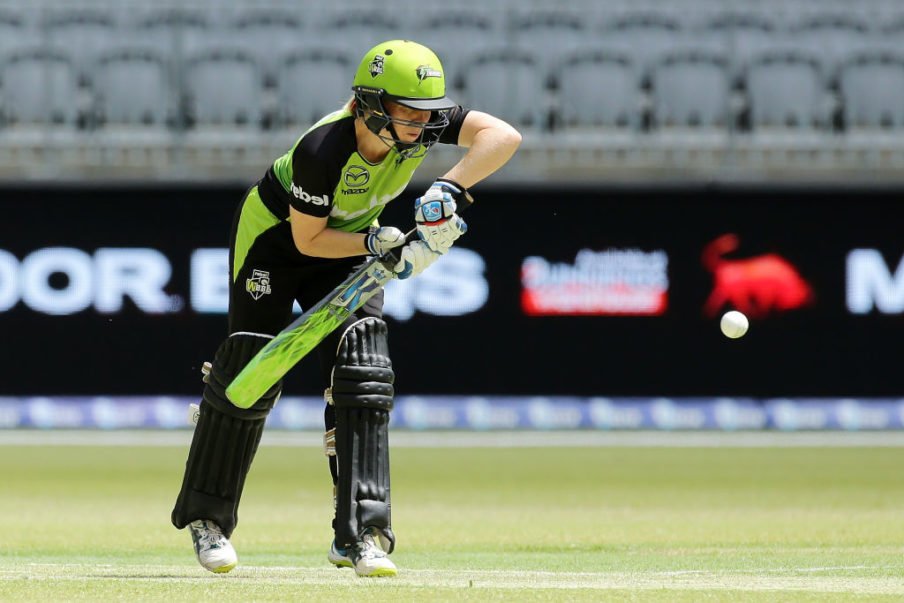 The Thunder struggled to get going and slumped to 46-5 inside the first eleven overs, with Emma King playing a key part as she finished with figures of 3-17 from her four overs.

Nicola Carey and Fran Wilson tried to build the innings back together, adding 38 runs together – but it was always going to be a tough job.

The Scorchers continued to bowl well and the Thunder finished on 121-8, meaning that the Scorchers will now advance through to the final with their opponent being either the Sydney Sixers, or the Adelaide Strikers.