Fast bowler Stuart Broad is hoping one of his batting team-mates can “play one of those knocks that goes down in history” to give England a chance of levelling the series against the West Indies, ESPN report.

The 32-year-old, who returned to the side following the defeat in the first Test, was the pick of England’s bowling attack on day two, as the hosts reached 272/6 at stumps, a first innings lead of 85. 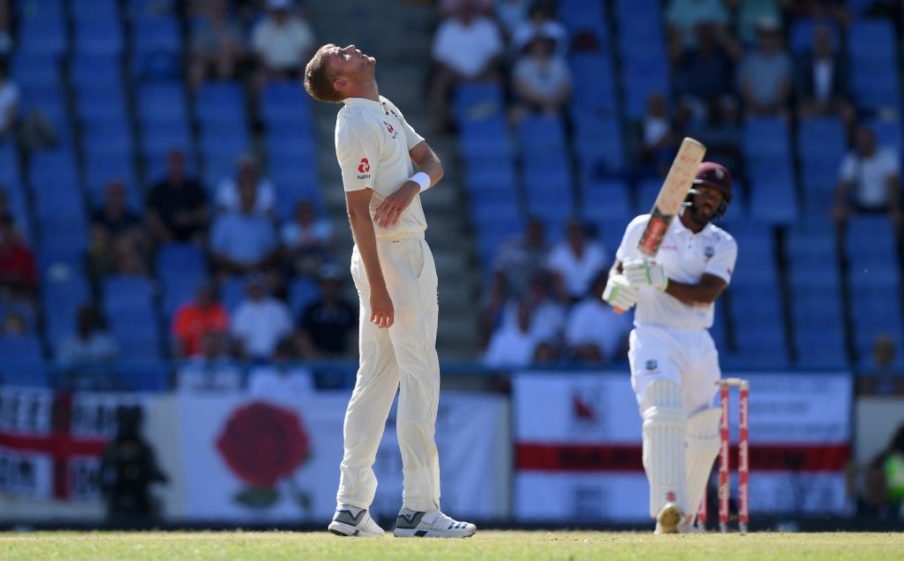 Broad picked up three wickets, taking his career total to 436, overtaking India’s Kapil Dev on the all-time list in the process.

Despite reaching seventh in the all-time list, Broad and England suffered a frustrating day in the field after some disciplined bowling throughout.

Talking after play, Broad remained optimistic and revealed a lead of 140 could be defendable in Antigua but admitted it would need someone in the batting line-up to play an innings that “goes down in history”.

Scoreboard pressure means a lot and it means we’ll have to score more than we did in our first innings. But when I look at it as a team-mate and a fan, I look at the likes of Jonny Bairstow, Ben Stokes, Jos Buttler and Moeen Ali… any of these guys could take the game away from West Indies.

We’ve got the talent in the batting line-up for someone to play one of those knocks that goes down in history. One of those guys could light this place up with a quick hundred and that would put us in a good position.